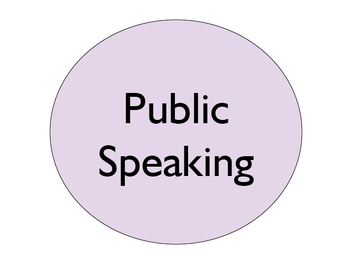 I just thought I would let you know that I got the job I wanted. Felt quite relaxed doing the presentation.
This job will mean doing a lot more of it so I am sure I will want another session or two later.
Elaine, London, UK - Hypnotherapy for Public Speaking (via Skype).

﻿Do you want to be a confident Public Speaker?

Testimonial from a public speaking client.

This year I was invited to talk on stage at the annual conference as an expert panel contributor, and for the first time ever I thought – OK, why not!

I was asked a couple of months ago, and haven’t dwelled upon it, haven’t panicked about, and in all honesty didn’t really think about it. Normally it would have been on (and in!) my mind all the time worrying about what an embarrassment I would make of myself running out of the room or fainting! Nowadays I feel different. I feel as if those thoughts are behind me, and I haven’t had a panic attack since we met. Those thoughts have been largely replaced by the positive imagery you instilled into me.

So after a little bit of a restless night on Monday (just enjoying the nerves which were starting to hit me as I started to think about what I was going to say), last Tuesday I took to the stage and spoke in front of about 80 odd people – exactly the kind of scenario which I’ve dreaded for years. I didn’t die, I wasn’t sick, I didn’t even faint – in fact I did rather well. Catherine even said that I was one of the better contributors up there and that I didn’t even look nervous (and to be fair, once I was up there, I think I was in such a zone, I didn’t ever feel I was likely to have a panic). After the first few minutes, I even started relaxing and looking round smugly thinking ‘I’ve got this!’

So, thank you from the bottom of my heart. Without your therapy I wouldn’t have got to where I am today. Regularly in environments where I would normally have feelings of panic, I now don’t. I can’t say that I’ll never have a panic again, but it feels like that is now a thing of the past - and the fact that I feel like that and think like that, surely means it is!

Add in a further email:
I could/should add that I did a train the trainer course earlier in the year to conduct first aid basic life support training. I've run about 4 or 5 of these for the staff now and always felt comfortable. A far cry from the MD 2 years ago that panicked when doing the 15 min intros to our staff induction training! 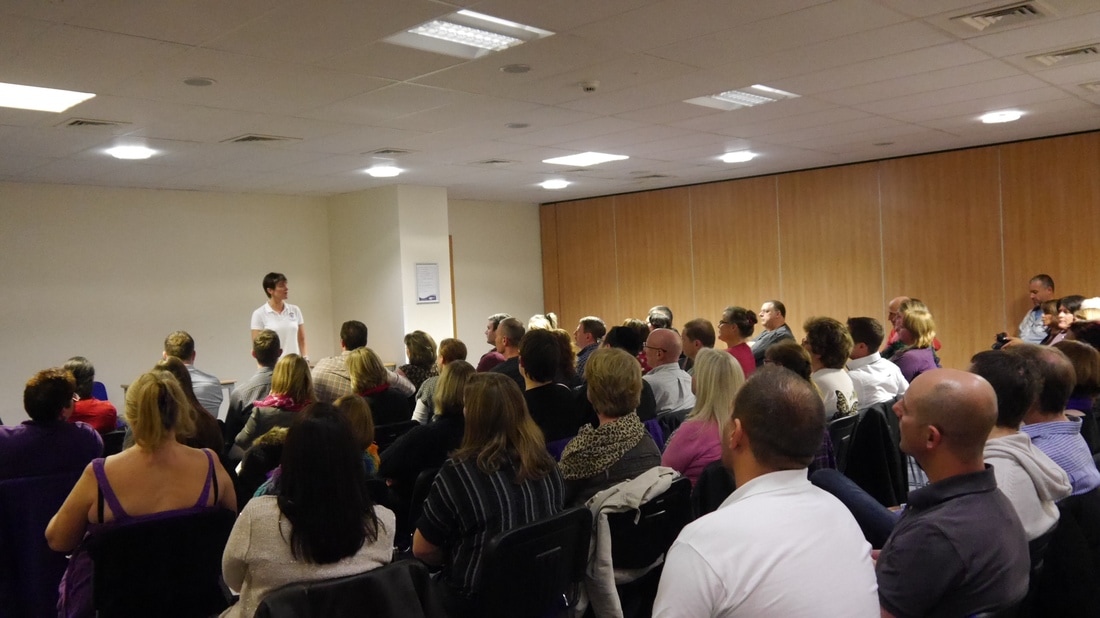 "I'm shy. I could never talk to a group of people. I have proved myself wrong." - Becky Wells.
​
​Becky speaking to a group of sales people in a talk called "fear of the phone".
."I cannot thank you enough. The weekend went well. I was apprehensive to start with, but as time went on I gained more confidence.
During last night’s meeting I was even more confident and I chose to use my own words in my speech, rather than what I had written down.
Harry, West Sussex - Hypnotherapy for Confidence in Public Speaking.
It's about being yourself. It's good to have anxiety when you are in control. It keeps you safe. We can deal with anxiety through hypnosis.
"Big meeting with the bosses on Thursday and have to present, but feeling much calmer now. I have had my week's holiday in the USA and feel like a very different person. Far more positive and in control.”
Debbie, Crawley - Hypnotherapy for Public Speaking.
BOOKING 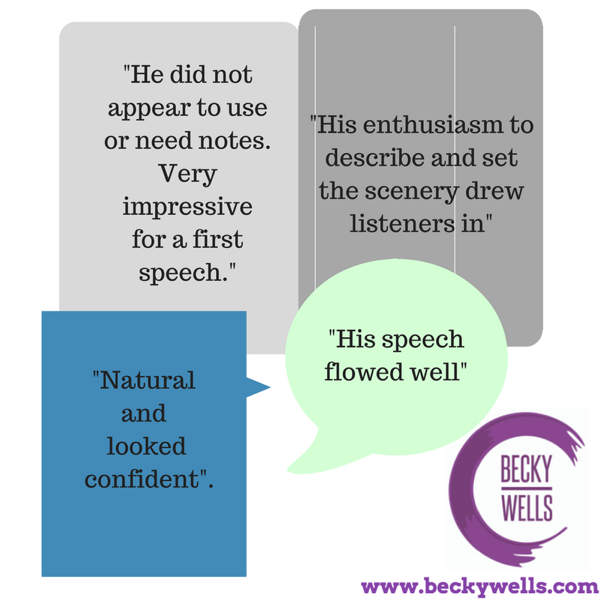 "You have helped me overcome low self-esteem and achieve what seemed the impossible – to present a 6 minute speech without notes to a group of 30 people I barely know.”
John, Surrey, UK - Hypnotherapy for Public Speaking.


I just thought I would let you know that I got the job I wanted. Felt quite relaxed doing the presentation.
This job will mean doing a lot more of it so I am sure I will want another session or two later.
Elaine, London, UK - Hypnotherapy for Public Speaking.